We have asked our CTO and one of the founders of Tenfifty, David Fendrich, some questions about his background and what it is like to work at Tenfifty.

When and how did you first learn about AI?

“I began to explore programming when I was ten and built my first games during the late 80’s. I did what most young programmers do, I learnt about graphics and how to develop programs on my own.“

David’s father Jean-Peter was at the time working at Volvo Data with the responsibility to keep track of technology development in order to determine what areas Volvo was going to invest in.

”Among other things my Dad showed me a game where you could shoot at an airplane which eventually learned to avoid shots. My father also had a demo of a very early chatbot that would ask you questions and give a recommendation of a perfect travel destination based on your answers. The software behind this was called Fuzzy Logic, nowadays we use something called Bayesian networks instead.”

David eventually began with genetic algorithms, he borrowed a book and became interested in a technology that mimics evolution and evolves solutions to different problems.

Which educational path did you choose?

“I studied science in high school. I had a great mathematical interest, there was access to dedicated teachers and enrichment programs and, together with some classmates, I won the Swedish championships in math. I also had a special work where I programmed neural networks, a technique that tries to mimic the brain. Then I studied Engineering Physics at Chalmers where I also got to program a lot. I worked as a programmer during my summer breaks and made flow calculations for Volvo for two years. Then I took a detour-year, to study Philosophy at Gothenburg University, more specifically models for human thinking.”

When it was time for David’s Master year at Chalmers he came in contact with a professor who had started a program called “Complex systems” and through that education David got the opportunity to work with his first entrepreneurial project, a search engine that used AI. David’s Master thesis was about AGI, Artificial General Intelligence and how it one day would be possible to make AI that thinks, reasons and develops independently.

How does a normal working day look like for you?

”I take part in a lot of customer meetings since I work a lot in our pre-sale process. Sometimes I just participate to listen to the needs and to come with suggestions on what could be possible, if it has bearing and if Tenfifty is the right partner for the customer. Other times I have technically deep meetings with the customers’ specialists.”

Part of David’s responsibilities is also to be a support and sounding board for his colleagues, making sure that all projects progress as they should.

”I code or am involved in related development for about half of my working hours. At Tenfifty we have split our process in to two parts, we have an exploratory phase where we perform proof-of-concepts to be able to communicate quality in the results and to explore what methods work the best. Another phase is when we pilot a project and implement our solutions, when we integrate with the customers’ systems and when we set up a system in production with automation, monitoring, redundancy and everything that a serious operation requires. This is often when other brilliant specialists at Tenfifty take over.”

What is the most fun part of you job?

”I like open problems, where you only receive a vague specification from the customer and where you have to figure out the trade offs and what decisions to take. It is very satisfying to do something good and factual with the customer’s dream picture. When you see that the solution becomes something that the customer really uses and benefits greatly from, then you are happy.”

What are the challenges?

“What is hard is similar to what is fun because it is fun when it is hard. Then you have challenges beyond technology. For example when there is no data available or if politics stand in the way of the usage of a solution. It almost never fails based on technical reasons in our AI projects. Our difficulties usually consist of incorrect entry data or that the organization is not prepared to use the output data or the result. We always consider these scenarios in our workshops with our customers before starting any projects.”

What do you do in your spare time and for relaxation?

“I have two passions, chess and programming. I practice some chess now and then but above all I enjoy watching the top players play.“

Ever since David did his Master thesis at Chalmers he has been interested in AGI and it has remained a focus area when he programs in his free time.

Do you want to learn more about what it could be like to work as a Data Scientist? Take a look our our customer Careerbuilders Swedish blogg: 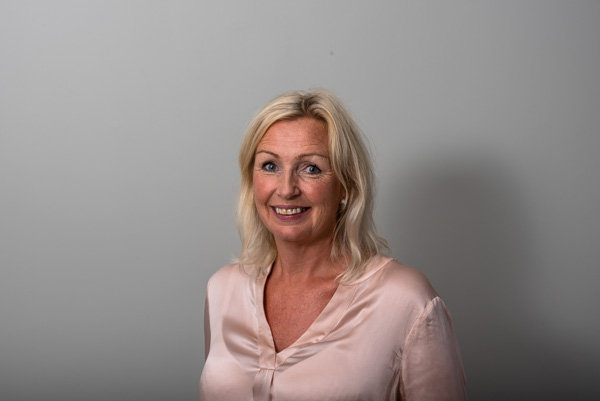